In 2008 Howard escaped from Grant Thornton UK LLP, where he had been a partner for over 25 years, to establish his own boutique practice. This was with the full support and agreement of that firm for him to continue to act for those clients who wished him to do so.

In an increasingly specialised profession Howard saw the market opportunity to provide an all-round advisory service to mid-market businesses and professional practices who wish to have the personal advice and support of “their accountant” and to provide that service free of the restrictions necessarily imposed by a large professional firm.

During his time at Grant Thornton Howard had a variety of roles although his first love has always been client service where he feels he can really “make a difference”. He has been based in Liverpool and Warrington in the North West of England for most of his career. He joined Grant Thornton in Liverpool in 1974 before moving to London for 3 years. He returned to the North West to lead the acquisition and integration of a practice in Warrington and was the managing partner of that office for 10 years before returning to his native Liverpool in 1992.

He was a member of the firm’s partner selection panel for 8 years, was the North West Regional Marketing partner for 10 years and during his last 4 years at GT he led the Special Projects team in Liverpool during a period of double digit compound growth. He was Head of Family Business nationally from 2006 until his escape.

In 2002 he won the CBI’s national award as Best Business Adviser having been short listed in 2001. Howard is co-author of Grant Thornton’s “The credit crunch: a practical guide” and is a regular contributor to both the broadcast and print media including “Ask the Expert” for the Financial Times on Saturday. He speaks regularly at seminars and conferences. 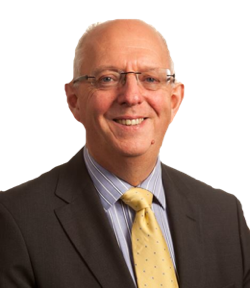